Have you ever heard of the da Vinci ™ surgical robot by Intuitive Surgical ® or the neurosurgery robotic system ROSA™ by Medtech ? What about the Google® and Johnson & Johnson venture company named Verb Surgical ?

Where do they come from? When were they first introduced in the operation room (OR)?

Surprising though it may seem, the very first surgical robots were directly modelled on industrial robots. Manufacturers simply added standard surgical tools and included a few security protocols in order for the robots to be approved for use in the OR.

Robotic surgical systems were officially introduced in the OR back in 1985. One 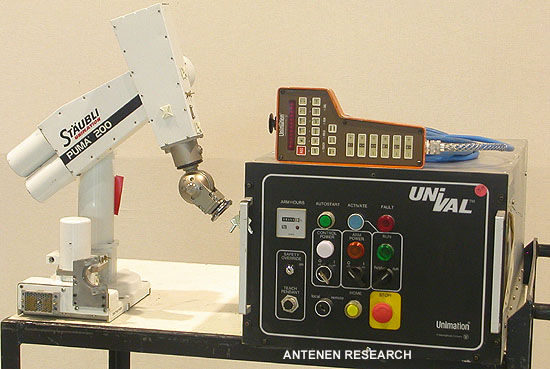 of the pioneer models, Puma 260 was produced by Unimation and was actually used by NASA. It was then followed by the Scara robot, which was the outcome of a cooperative effort between IBM and the University of California. The Robodoc ® system, which came out in 1992, was directly inspired by the Scara robot. Thousands of hip prostheses were implanted thanks to the Robodoc® system.
In 1997, the Zeus surgical system, developed by Computer Motion, was first used in gynaecological surgery. Since then, Computer Motion has been bought by Intuitive Surgical® en 2003.

In 1998, the Standard version of the daVinci ™ robot d’Intuitive Surgical ® was used in coronary bypass surgery, two years before receiving the FDA approval. 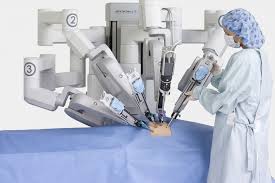 In the early years, surgical robots were mainly used in neurosurgery and orthopaedic surgery.

The advent of robot-assisted minimally invasive surgery in the late 1990s spurred
Intuitive Surgical ®to release the da Vinci ™system and to spread it worldwide. 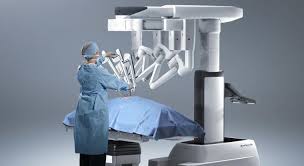 In the past fifteen years, new generations of da Vinci robots have been produced. The standard model only had three robotic arms, whereas the S, Si, SiHD, X, Xi and SP (Single Port) all have four arms. 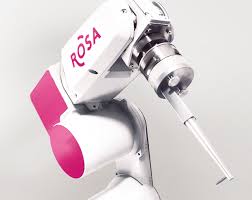 For some years now, new competitors have joined the fast-expanding market of robotic surgery.
Experts reckon that this particular market will be worth billions of dollars in the coming years, which is why start-up firms and big corporations are competing for this niche.

Titan Medical offers a single port system called SPORT Surgical System. The single port technology reduces the number of incisions down to only one, which is naturally more beneficial in terms of infection risks and scars.

As the market expands, the various competitors give their best to keep up to date. By way of examples,CMR Surgical © just launched its brand new surgical system and via the joint-venture Versius © and Kawasaki Robotics © Medicaroid © will do the same any time soon.

The list of surgical robots given in this article is not an exhaustive one, for many more marvels of technology are coming our way.