In 2012, the HAS (the french WHO) recommends to introduce the Medical Team Training (or MTT) in operating rooms to improve the synergy of the teams, and lower post-operative mortality.

MTT is a transposition from the Crew Resource Management implemented in aviation since the late 70s.

In 1977, the airport on Tenerife (Canary Islands), while the track is drowned in the fog two Boeing 747 were preparing for takeoff. The KLM Boeing rolls first, followed several minutes later by the PanAm flight. The special configuration of the airport requires to pass through the runway, rather than the taxiway (see map below).

Both aircraft will therefore follow up the ramp 4, where the second will turn and let free the runway for the first aircraft.

In the cockpit, visibility is only a few ten meters. The KLM Boeing is aligned and ready for takeoff. The communication between the control tower and the aircraft is not conform and causes doubts. The Captain of the KLM B747 initiates still take off, ignoring the comments of his co-pilot and flight engineer whom remind him the potential presence of the other aircraft on the runway.

He rejects this possibility in an authoritarian manner and continues the maneuver, convinced that the other aircraft left the runway. 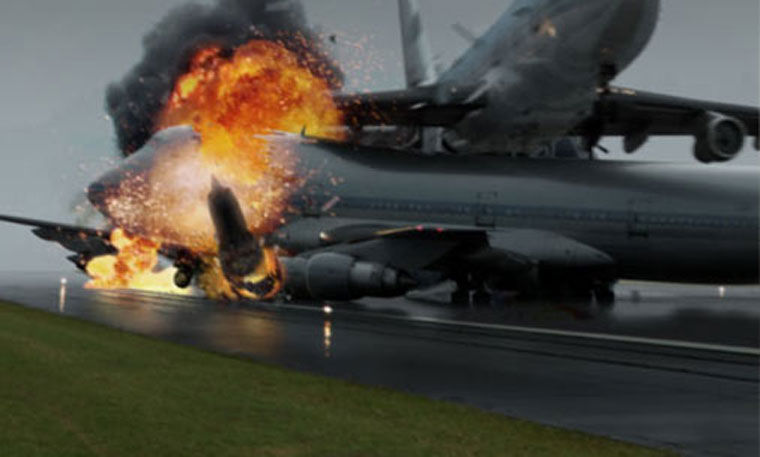 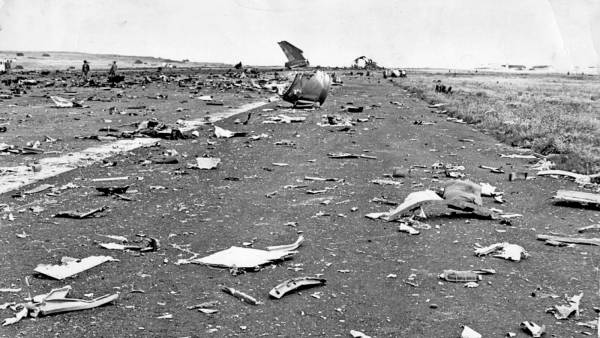 The investigation by the NTSB (National Transportation Safety Board in the US) show that the accident is due to a series of failures in monitoring procedures, including poor communication between members of crew.

The International Civil Aviation Organization (ICAO) recommended as the main issue the introduction of Crew Resource Management (CRM) training courses in all airlines.

After studying the causes of plane crashes, teams of organizations have shown that 70 to 80% of the accidents were caused by human errors. Man is so made that he commits 3 to 5 errors per hours. Fortunately, 80% of these errors are detected and corrected by himself.

Most of these errors are recovered by the direct surroundings or usability of the systems used. Others are of no consequence. Some finally lead to an incident or accident. The number of these can be reduced through communication and sharing of situational awareness that everyone has done.

What is the CRM ?

This new tool is conceived as a way of being, to communicate, to listen, to optimize the know-how of each other in the crew members. 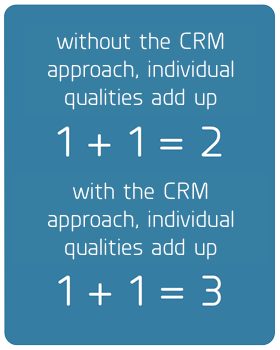 His goal is to use the human resources at its disposal as efficiently as possible, while communicating accurately and implementing procedures to ensure better security of the flight. The goal is to maximize the synergy in the crew.

It is not enough to put together skilled professionals, trained in isolation, for safe and efficient team. Teamwork is learned, speaks, is cultivated.

The CRM focuses on non technical skills to enhance communication, the exchange of situational awareness that everyone has made that a risky situation may be in place, and the way to avoid it.

In short, improving the performance of the crew.

From aerospace to medical: 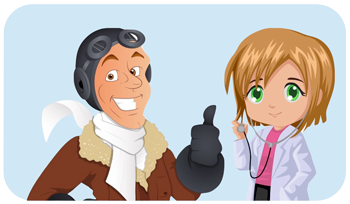 Several studies¹ highlight the lack of communication or miscommunication as the main contributing cause to SAE. The willingness to lower the SAE pushed healthcare organizations, HAS understood, a search tool with a proven and adaptable to the medical world. The CRM has achieved very probants results², it has been chosen. So he has adapted and mutated into MTT.

According to the HAS (french WHO) “This training model was tested for the first time in the health sector at the University Hospital of Basel in Switzerland in 1994 and in different countries and healthcare sectors.

Results are overall very positive; the latest work in the US veterans hospitals in 2010 showed a decrease of post-operative mortality³. It was also found that the improvement of teamwork and communication between clinicians increased job satisfaction, decreased stress and reduced the turnover of the teams.” Click here for more information

In February 2014, the HAS published a specification of the experiment called PACT (Continuous Improvement Program Work Team) defining the objectives of the latter, its terms and conditions success.

The medical world has taken a first step towards a new standard for collaborative work, but the road is long. Whether through conservatism, ignorance or rejection epidermal, crews of aircraft took several years to accept the virtues of CRM before then adhere fully. Medical teams will, without a doubt, have similar reactions. The full acceptance of this new mode of communication within teams is essential to lower the number of SAE, and it will take time.

The change is initiated. For everyone to be an actor for the benefit of all.